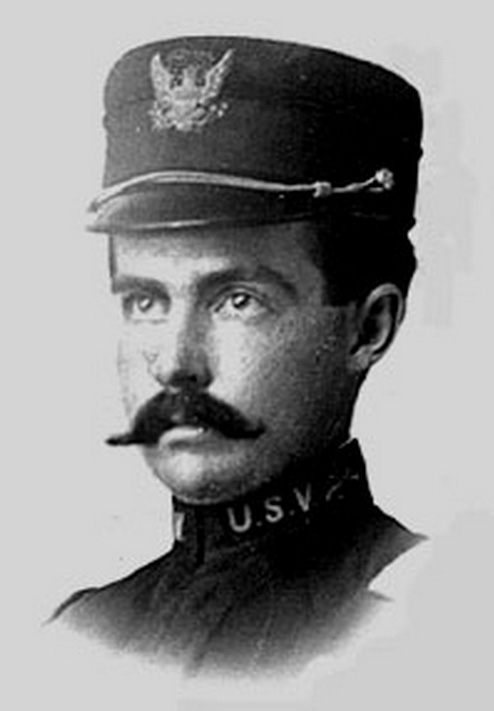 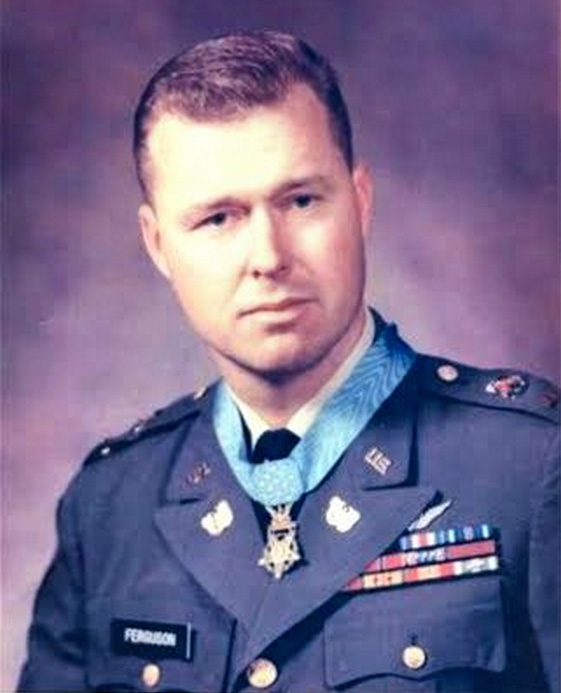 Frederick Edgar Ferguson (born August 18, 1939) is a former United States Army warrant officer and later officer, as well as a recipient of the United States military’s highest decoration—the Medal of Honor—for his actions in the Vietnam War while a chief warrant officer.

Ferguson joined the Army from Phoenix, Arizona in 1958, and by January 31, 1968 was a chief warrant officer 3 in command of a UH-1 Huey as part of Company C, 227th Aviation Battalion, 1st Cavalry Division (Airmobile). On that day, Ferguson voluntarily piloted his aircraft through intense enemy fire to rescue the crew and passengers of a downed helicopter in Huế, Republic of Vietnam.[1]
Medal of Honor citation

For conspicuous gallantry and intrepidity in action at the risk of his life above and beyond the call of duty. CWO Ferguson, U.S. Army distinguished himself while serving with Company C. CWO Ferguson, commander of a resupply helicopter monitoring an emergency call from wounded passengers and crewmen of a downed helicopter under heavy attack within the enemy controlled city of Hue, unhesitatingly volunteered to attempt evacuation. Despite warnings from all aircraft to stay clear of the area due to heavy antiaircraft fire, CWO Ferguson began a low-level flight at maximum airspeed along the Perfume River toward the tiny, isolated South Vietnamese Army compound in which the crash survivors had taken refuge. Coolly and skillfully maintaining his course in the face of intense, short range fire from enemy occupied buildings and boats, he displayed superior flying skill and tenacity of purpose by landing his aircraft in an extremely confined area in a blinding dust cloud under heavy mortar and small-arms fire. Although the helicopter was severely damaged by mortar fragments during the loading of the wounded, CWO Ferguson disregarded the damage and, taking off through the continuing hail of mortar fire, he flew his crippled aircraft on the return route through the rain of fire that he had experienced earlier and safely returned his wounded passengers to friendly control. CWO Ferguson’s extraordinary determination saved the lives of 5 of his comrades. His actions are in the highest traditions of the military service and reflect great credit on himself and the U.S. Army.[1]

References
* From Wikipedia, the free encyclopedia
* This article incorporates public domain material from websites or documents of the United States Army Center of Military History.